YORK, Pa. – York College will present a guest recital by pianist Maria Thompson Corley at 7:30 p.m., Dec. 2, in DeMeester Recital Hall, Wolf Hall. The event, made possible thanks to a generous gift from the Boustead Family Foundation, is open to the public free of charge.

Dr. Thompson Corley’s debut mini-opera, The Sky Where You Are, commissioned by An Opera Theatre in 2020, is part of the Decameron Opera Coalition’s award-winning online production, Tales From a Safe Distance. The entire series was added to the Library of Congress in 2021. Two of her spirituals have been choreographed by Katlyn Addison, a prima ballerina with Ballet West. She was also the co-recipient of a 2021 Opera America IDEA grant, along with librettist Diana Solomon-Glover, for The Boy from Troy, an “operatorio” about Rep. John Lewis. 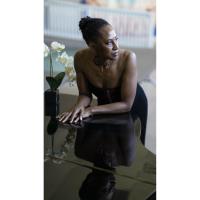