YORK, Pa. – York College of Pennsylvania’s Office of Student Diversity and Inclusion was awarded a $10,000 grant from the York County Community Foundation (YCCF) Racial Equity Fund. The Fund was created in 2020 to establish a dedicated grant program to support meaningful, positive action toward addressing racial inequities in the York community.

York College’s award will be used to provide mentoring opportunities to BIPOC (Black, Indigenous, People of Color) students and to organize a career conference in the spring semester, according to Alexander Hernández-Siegel, Director of Student Diversity and Inclusion. “The grant's goal is to enhance educational, mentoring, and career prep opportunities for students of color,” he said.

Hernández-Siegel divided the grant request into two areas. One-half of the funding will be used to organize a BIPOC Women in Leadership speaker series to provide mentoring and networking connections for women of color during their college years, and leadership learning skills as they look at various career options. “My interest in this is to provide specific support for women of color, who often face bias in the workplace,” he said. “The goal is to continue to empower them and their efforts by introducing them to BIPOC women leaders.”

The second half of the grant award will be used for a career conference, planned with the Career Development Center. The conference will include mentoring opportunities for students of color entering the workforce, beginning with an alumni panel and workshops emphasizing the need for DEI-related competencies to succeed in an increasingly diverse workplace. “This conference will be modeled after a successful and similar conference that was held during my time at the University of St. Thomas in Minnesota,” Hernández-Siegel said. "We are now bringing this opportunity to our students at York College and continuing to move our DEI action steps forward as part of their liberal arts education." 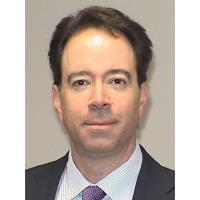