YORK, Pa. – York College of Pennsylvania’s Dominic DelliCarpini, Ph.D., was recently elected to the PA Humanities’ Board of Directors. He began his term on November 1 and is eligible to serve up to two consecutive three-year terms.

DelliCarpini is the Naylor Endowed Professor of Writing Studies and Dean of the Center for Community Engagement at York College of Pennsylvania, where he also served 13 years as Writing Program Administrator, five years as Chief Academic Officer, and as Academic Senate President. His articles, book chapters, and presentations focus upon writing as engaged citizenship and undergraduate research. He is also author/editor of four textbooks, and has owned two small businesses – a bakery/cafe and a retail clothing business – in his earlier days.

DelliCarpini earned his B.A. in English from the University of Pennsylvania, and Masters and Ph.D. from Pennsylvania State University, where he was an Edwin Earle Sparks Fellow and recipient of the Outstanding Teaching Assistant Award for the College of Liberal Arts. He served as President and Executive Board member of the Council of Writing Program Administrators, national Secretary of The Conference on College Composition and Communication, and a member of the national Committee on Undergraduate Research.

DelliCarpini was named recipient of the 2017 York County Economic Alliance “Spirit of York County” Award for community service, and the 2010 Professional Service and Leadership Award by York College. He also is the founding Director of the Graham Innovation Scholars Program, an entrepreneurship program for York College students. He was appointed by Pennsylvania’s Gov. Tom Wolf to the board of PennSERVE, the Governor’s Commission on Public Service, and elected as Board Director for the York County Community Foundation, the York County Bar Foundation, the Healthy York Coalition, and various other community organizations.

"PA Humanities is fortunate to have such a strong board of state leaders,” said Dr. Cheryl Matherly, chair of the board and Vice President and Vice Provost for International Affairs at Lehigh University. “The newest members are particularly prepared to bring their diverse backgrounds with the humanities to help lead change in their communities.”

PA Humanities' mission is to champion the humanities as a means to spark civic engagement, build community, educate, inspire, and make long-lasting change. It is governed by a 24-seat board of directors, which is made up of both elected individuals and governor appointees. Members have backgrounds in business, law, education, philanthropy, government, arts, and culture.

Established in 1787, York College of Pennsylvania is a private, four-year college located in the city of York, a hub of arts and industry between Baltimore and Philadelphia. Housed on 190 picturesque acres, the College is known for its focus on experiential learning and community engagement, serving over 3,500 undergraduate and graduate students in more than 70 baccalaureate majors, along with 30+ professional graduate degree and certificate programs. Deeply rooted in the liberal arts and recognized for excellence in its professional business, education, engineering, and nursing programs, York is ranked among the nation’s Best Value Schools by Niche. The College’s robust recreation and athletics program is among the best in the region, and is home to 24 NCAA III Division sports teams and 30+ intramural sports. A Princeton Review Best Northeastern College, York prides itself on its experienced, engaged faculty; its high-impact and student-centric philosophy; and its long-standing commitment to 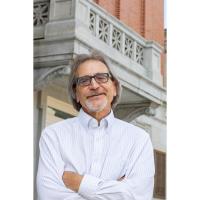