Dinero previously served as Executive Director of the Carbon County Museum in Rawlins, Wyo., where his responsibilities included undertaking a variety of efforts to direct new avenues of education, access, and outreach to the community at large. He also began research concerning the history and development of the Jewish community of Wyoming, which continues to the present.

Before relocating to Wyoming, Dinero taught in the Delaware Valley for over two decades. He was the Carter and Fran Pierce Term Chair for the Liberal Arts at Thomas Jefferson University in Philadelphia. In this position, Dinero authored three monographs and dozens of peer-reviewed articles and book chapters. A Senior Fulbright scholar, Dinero also served as the principal investigator on several research studies in Israel, Alaska, Bangladesh, and India. His work, most of which centers upon the social and economic development of post-nomadic/indigenous peoples, has been supported by, among others, the National Endowment for the Humanities, the National Science Foundation, and the National Geographic Society. A strong proponent of study abroad, Dr. Dinero also created and co-led student trips to India, Spain, Italy, Bosnia-Herzegovina, and Croatia.

“I am so excited to be joining the York College of Pennsylvania community,” said Dinero. “While my title states that I will be working with our Jewish students, I look forward to working with students, faculty and staff of all traditions and faiths. We all have much to share and much to learn from one another.”

Established in 1787, York College of Pennsylvania is a private, four-year college located in the city of York, a hub of arts and industry between Baltimore and Philadelphia. Housed on 190 picturesque acres, the College is known for its focus on experiential learning and community engagement, serving over 3,500 undergraduate and graduate students in more than 70 baccalaureate majors, along with 30+ professional graduate degree and certificate programs. Deeply rooted in the liberal arts and recognized for excellence in its professional business, education, engineering, and nursing programs, York is ranked among the nation’s Best Value Schools by Niche. The College’s robust recreation and athletics program is among the best in the region, and is home to 24 NCAA III Division sports teams and 30+ intramural sports. A Princeton Review Best Northeastern College, York prides itself on its experienced, engaged faculty; its high-impact and student-centric philosophy; and its long-standing commitment to affordability and accessibility. 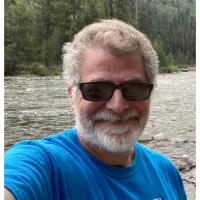