YORK, Pa. – York College of Pennsylvania’s Art Galleries and the Appell Center for Performing Arts will cosponsor a talk by artist and 2021 Guggenheim Fellow Dread Scott at 7:30 p.m., Feb. 8, in the Appell Center’s Capitol Theatre (50 North George Street, York). A pre-lecture reception will be held across the street at Marketview Arts (37 West Philadelphia Street, York) in the Third Floor Gallery Hall. The events are open to the public free of charge. Free tickets may be reserved at https://appellcenter.org/show/an-evening-with-dread-scott.

Dread Scott is a visual artist whose works are exhibited across the United States and internationally. In 1989 while he was a student at the School of the Art Institute of Chicago, his work “What is the Proper Way to Display a US Flag?” became the center of national controversy because of its transgressive use of the American flag. He has presented at TED talk on this.

Scott's work has been included in exhibitions at MoMA PS1, the Walker Art Center, Cristin Tierney Gallery, and Gallery MOMO in Cape Town, South Africa, and is in the collection of the Whitney Museum and the Brooklyn Museum. He has received fellowships from Open Society Foundations and United States Artists as well as a Creative Capital grant.

In 2019 he presented “Slave Rebellion Reenactment,” a community-engaged project that reenacted the largest rebellion of enslaved people in U.S. history. The project was featured in Vanity Fair, The New York Times, Christiane Amanpour on CNN and highlighted by artnet.com as one of the most important artworks of the decade.

Established in 1787, York College of Pennsylvania is a private, four-year college located in the city of York, a hub of arts and industry between Baltimore and Philadelphia. Housed on 190 picturesque acres, the College is known for its focus on experiential learning and community engagement, serving over 3,500 undergraduate and graduate students in more than 70 baccalaureate majors, along with 30+ professional graduate degree and certificate programs. Deeply rooted in the liberal arts and recognized for excellence in its professional business, education, engineering, and nursing programs, York is ranked among the nation’s Best Value Schools by Niche. The College’s robust recreation and athletics program is among the best in the region, and is home to 24 NCAA III Division sports teams and 30+ intramural sports. A Princeton Review Best Northeastern College, York prides itself on its experienced, engaged faculty; its high-impact and student-centric philosophy; and its long-standing commitment to affordability and accessibility. 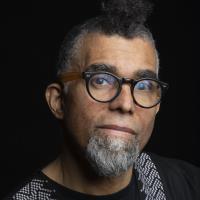