“I’m so pleased that this volume is now out in a paperback edition,” said Dinero. “It has been a very popular reference for scholars and students alike for some years now, and can be found in university classrooms and libraries across the globe. This paperback edition will, I hope, make the book even more accessible to anyone interested in this timely topic.”

The resettlement of the Negev Bedouin has been wrought with controversy since its inception in the 1960s. Presenting evidence from a two-decade period, Dr. Dinero addresses how the changes that took place over the past 60 to 70 years have served the needs and interests of the State rather than those of the Bedouin community at large. While town living fostered improvements in social and economic development, numerous unintended consequences jeopardized the success of this planning initiative. As a result, the Bedouin community endured excessive hardship and rapid change, abandoning its nomadic lifestyle and traditions in response to the economic, political, and social pressure from the State―and received very little in return.

Established in 1787, York College of Pennsylvania is a private, four-year college located in the city of York, a hub of arts and industry between Baltimore and Philadelphia. Housed on 190 picturesque acres, the College is known for its focus on experiential learning and community engagement, serving over 3,500 undergraduate and graduate students in more than 70 baccalaureate majors, along with 30+ professional graduate degree and certificate programs. Deeply rooted in the liberal arts and recognized for excellence in its professional business, education, engineering, and nursing programs, York is ranked among the nation’s Best Value Schools by Niche. The College’s robust recreation and athletics program is among the best in the region, and is home to 24 NCAA III Division sports teams and 30+ intramural sports. A Princeton Review Best Northeastern College, York prides itself on its experienced, engaged faculty; its high-impact and student-centric philosophy; and its long-standing commitment to 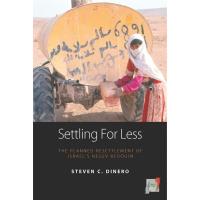