“Advancing UPMC’s mission of bringing life-changing medicine also includes bringing life-changing resources to vulnerable populations,” said Lou Baverso, president, UPMC in Central Pa. “This third office of the UPMC Child Advocacy Center recognizes the unfortunate reality that there is a growing need for their services in this area and demonstrates UPMC’s commitment to providing the care families need in locations that are familiar and accessible.”

A 2014 report ordered by the Pennsylvania Commission on Crime and Delinquency (PCCD) identified gaps throughout the Commonwealth where a child advocacy center was needed but did not exist. Cumberland County was one of those areas identified in the report. The new CAC location will support children in both Cumberland and Perry counties.

“Since opening its first office in 1994, the CAC has served more than 10,000 children in central Pennsylvania suspected of having been physically or sexually abused, neglected or who have witnessed violence in their home or community,” said Lynn Carson, director, Operations, UPMC Child Advocacy Center of Central Pa. “About 35% of children referred were from Cumberland County, which — combined with the results of the PCCD report — demonstrates the need for improved access for families, case workers and law enforcement in the Carlisle community.”

In addition to the new office in Carlisle, the CAC has a main office at the UPMC Community Care office in Uptown Harrisburg and a second satellite on Cornwall Road in Lebanon, Pa. Through a combination of grants and generous support from the UPMC Pinnacle Foundation, all care is provided free of charge to children and their families.

#  #  #
About UPMC
A $24 billion health care provider and insurer, Pittsburgh-based UPMC is inventing new models of patient-centered, cost-effective, accountable care. The largest nongovernmental employer in Pennsylvania, UPMC integrates more than 92,000 employees, 40 hospitals, 800 doctors’ offices and outpatient sites, and a more than 4 million-member Insurance Services Division, the largest medical insurer in western Pennsylvania. In the most recent fiscal year, UPMC contributed $1.5 billion in benefits to its communities, including more care to the region’s most vulnerable citizens than any other health care institution, and paid more than $900 million in federal, state, and local taxes. Working in close collaboration with the University of Pittsburgh Schools of the Health Sciences, UPMC shares its clinical, managerial, and technological skills worldwide through its innovation and commercialization arm, UPMC Enterprises, and through UPMC International. U.S. News consistently ranks UPMC Presbyterian Shadyside among the nation’s best hospitals in many specialties and ranks UPMC Children’s Hospital of Pittsburgh on its Honor Roll of America’s Best Children’s Hospitals. For more information, go to UPMC.com.

About UPMC’s Commitment to the Community
UPMC works closely with the communities it serves to identify and prioritize significant health needs, then commits resources to address them. The total $1.5 billion in community benefits UPMC contributed last year included more community health improvement programs than any other health system in Pennsylvania – initiatives such as health screenings, programs for seniors, educational services, healthy activities for children, and wellness event sponsorships. UPMC’s community benefits contributions are calculated in accordance with IRS guidelines. The UPMC Community Benefits Report and the 2022 UPMC Community Health Needs Assessments and Implementation Plans are available online. 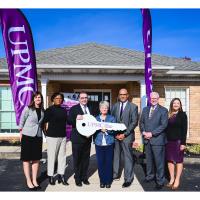