According to Lambert, Martin Library is the second of three capital campaign building projects to be completed. Funds were raised through a $10 million “Imagine. Discover. Connect.” capital campaign led by co-chairs Mike Kochenour and Lynda Randall with honorary campaign co-chairs Jody Keller, Bill Shipley, and Tony Campisi. “We are so grateful for the leadership of our campaign co-chairs and the dedication of our many campaign volunteers to help bring these capital projects to fruition,” says Lambert. “And of course, we could not have reached this milestone without the generous support of our York County community and the Financial Assistance of the Commonwealth of Pennsylvania, Honorable Tom Wolf, Governor. With their help, we are simultaneously renovating, expanding, and improving three libraries: Martin, Kreutz Creek and Kaltreider-Benfer. The magnitude of this effort marks a first in York County Libraries’ 48-year history.”

According to Lambert, it was during a listening tour during his first year as president in 2016 that initiated the projects. He repeatedly heard from community members across the county, that more space and programs for teens and children were needed. “We listened, took action, and as we now prepare to unveil our reimagined space at Martin Library, I believe that community members will be very happy with the results,” says Lambert.
Martin Library is introducing its new space to the community during its Grand Reopening Celebration, now through Sunday, July 17. The week’s festivities include activities for all ages. The library is located at 159 E. Market Street in York and is open on Monday through Thursday from 10:00 a.m. - 6:00 p.m., Friday and Saturday from 10:00 a.m. - 1:00 p.m., and is closed on Sunday. Masks are optional. Community members with questions should phone the library at (717) 846-5300.

Serving the community since 1935, Martin Library is one of York County’s oldest libraries and is a branch of York County Libraries. It is recognized as a PA Forward Gold Star library for its outstanding provision of programs and resources to community members.  Martin Library also holds the distinguished honor of being the first library to receive the Library of the Year Award from the Pennsylvania Library Association.

York County Libraries include 13 libraries that provide the latest in print and digital information, best sellers, Wi-Fi, story times, online book discussions and 80 databases. They have an extensive collection of over 642,000 physical items, and more than one million digital library materials for loan. All are available for free with a York County Libraries card which can be requested at yorklibraries.org or any library location. 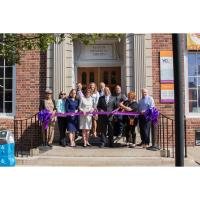