REVS BRING BACK FIREWORKS EVERY SATURDAY

Revolution officials today released the first of several previews of the team’s promotional schedule for its upcoming 16th season. Headlining the first list of promotions is the return of fireworks following every Saturday night Revolution home game.

“For a long time, fans knew that, win or lose, we would celebrate our town and our team after each Saturday game,” said General Manager John Gibson. “Like so many other things, that tradition was thrown off by the pandemic. But after lots of feedback from our fans, we are very excited to announce we’ll again be lighting up York’s skies every Saturday night here at the ballpark. And once again, those fireworks will be launched from inside the ballpark, putting fans as close as possible to the impressive displays.”

Gibson added that the Revolution still has opportunities for area businesses interested in sponsoring fireworks presentations and being promoted with one of the most popular elements of a Revolution season. Interested businesses should email Vice President of Business Development Nate Tile at ntile@yorkrevolution.com.

“Of course, if anyone else wants to spend a long lunch with us those days, we won’t tell their boss,” Gibson said.

The Revolution will also bring back two popular theme nights Gibson said have grown in attendance year after year. Pride in the Park is scheduled for Thursday, June 15, and will feature an auction of game-worn pride jerseys, sponsored once more by JLS Automation. Ladies Night, which will feature free tickets for girls and women, will be held Friday, September 15, and once again sponsored by UPMC.

Revolution season memberships are currently available at www.yorkrevolution.com or by calling (717) 801-HITS.

About the Atlantic League of Professional Baseball (ALPB):
Celebrating its 25th Anniversary season in 2023, the Atlantic League is Major League Baseball’s first Professional Partner League, a player gateway to the major leagues, and a leader in baseball innovation. ALPB has sent more than 1,200 players to MLB organizations while drawing more than 45 million fans to its family-friendly ballparks throughout its 25-year history. Please visit www.AtlanticLeague.com. 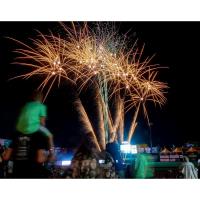