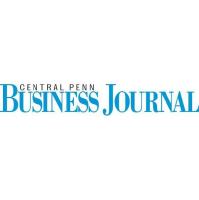 Harrisburg, PA – The list of the 20th annual Top 50 Fastest Growing Companies in Central Pennsylvania has been released today.
[A complete list of the Top 50 companies follows at the end of this release.]
The presenting sponsor of the program, Baker Tilly, a public accounting and business advisory firm, calculated the nominations and ranked the companies according to their revenue growth over a three-year period. Both dollar and percentage increases were taken into consideration. This ranking formula led to the list of winners.

In order to be eligible for consideration, companies were required to show revenue of at least $500,000 in each of the fiscal years ending 2013, 2014 and 2015, as well as revenue growth for 2015 as compared to 2013. Public or private for-profit entities headquartered in Adams, Cumberland, Franklin, Dauphin, Lancaster, Lebanon, Perry or York County were eligible.

The 50 winning companies will be honored at an awards breakfast on Monday, September 12, 2016, at the Hilton Harrisburg, where their ranks will be revealed. Tickets are on sale now at www.CPBJ.com/events. Corporate table sponsorship opportunities are also available.

The ranked list of honorees and profiles of each company will be published in a special publication to be inserted in the September 23 issue of the Central Penn Business Journal.

This error message is only visible to WordPress admins

Our office is primarily telecommuting - please call or email the team (click here for full directory). If you need to visit the office, please call 717-848-4000. For all resources on COVID-19, please visit and share PreparedYork.com