YORK, Pa. – York College of Pennsylvania publicly launched the first comprehensive campaign in its 250-year history in 2020, at the onset of the global COVID pandemic. The initial goal for EVOLVE: The Campaign for York College was $50 million; however, with tremendous early support from donors, that goal was increased to $70 million in 2021, as the pandemic continued.

The College is announcing the conclusion of the EVOLVE campaign as of the end of December 2022. The final amount raised: $91,800,765.62, nearly double the original goal.

“EVOLVE has rallied the collective efforts of students, parents, alumni, friends, trustees, and members of our faculty and staff,” said President Pamela Gunter-Smith. “By making a gift to the College, they have made a deliberate decision to play a role in supporting both immediate needs and shaping our future. For this, we are incredibly grateful.”

One of the lead gifts of the EVOLVE campaign was a $5-million gift from retired physician Dr. Donald E. Myers of Red Lion in memory of his late wife to name the Dr. Donald E. and Lois J. Myers School of Nursing and Health Professions. A 1951 graduate of York Junior College (YJC), the predecessor of York College of Pennsylvania, Myers said the gift allowed him to recognize the College’s role as a stepping stone to his 40-plus-year career as a physician in York and also to honor his wife’s memory.

Over the duration of the campaign, more than 10,000 donors, like Dr. Myers, supported EVOLVE. More than 3,500 alumni made contributions, and nearly one in six donations were given by individuals or organizations that had never supported York College before. Finally, more than 500 gifts of $10,000 or more were made to support seven priorities based on the College’s strategic plan:

Troy M. Miller, Vice President of Development, said, “No campaign is about how much money is raised; instead, it is about the effect the campaign has on the institution. The support received in these priority areas will allow York College to move to the next level in the coming years.”

For more information on how the EVOLVE campaign will help transform York College, please visit https://evolve.ycp.edu/.

Miller thanked “the Campaign Cabinet, led ably by co-chairs Tony Campisi and Bill Shipley; the Board of Trustees, who not only created the strategic plan for which the campaign was developed, but also supported the campaign with 100% participation; our faculty, administrators, and staff who acted as College champions; our students, who with their enthusiasm made an investment in York College an easy decision; and finally our wonderful College President, Dr. Pamela Gunter-Smith, who traveled to all corners of the world to make this campaign a success. Her commitment to the College is unparalleled.”

Established in 1787, York College of Pennsylvania is a private, four-year college located in the city of York, a hub of arts and industry between Baltimore and Philadelphia. Housed on 190 picturesque acres, the College is known for its focus on experiential learning and community engagement, serving over 3,500 undergraduate and graduate students in more than 70 baccalaureate majors, along with 30+ professional graduate degree and certificate programs. Deeply rooted in the liberal arts and recognized for excellence in its professional business, education, engineering, and nursing programs, York is ranked among the nation’s Best Value Schools by Niche. The College’s robust recreation and athletics program is among the best in the region, and is home to 24 NCAA III Division sports teams and 30+ intramural sports. A Princeton Review Best Northeastern College, York prides itself on its experienced, engaged faculty; its high-impact and student-centric philosophy; and its long-standing commitment to
affordability and accessibility. 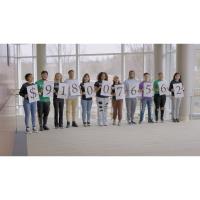