York, Pa. – Barley Snyder is pleased to announce managing partner Jeff Lobach was named to York Daily Record’s “Most Influential People” for 2022. Lobach was listed under the outlet’s honorable mentions list among other longtime attorneys and judges in York County.

The “Most Influential People” list honors individuals who continue to make a difference in York County’s legal system. Lobach was recognized for his time as president of the York County Bar Association while representing Golden Venture detainees.

In 1993, dozens of Chinese immigrants were incarcerated after a ship called the Golden Venture carried 286 undocumented immigrants to the U.S. seeking to flee political or religious persecution. The U.S. Immigration and Naturalization Service arrested the refugees, many of whom were held at the York County prison placing national attention on the Central Pennsylvania region. The pro bono immigration project, spearheaded by Lobach, involved a four-year legal battle that ultimately resulted in presidential parole for the refugees in 1997. As a result of the historic triumph, the Pennsylvania Immigration Resource Center in York was established which provides refugees with immigration assistance from a staff of four attorneys along with volunteering attorneys.

“I am delighted to have been an honorable mention in a sea of many other distinguished attorneys and legal professionals in York County,” said Lobach. “It is quite special to know that the efforts of the Golden Venture project I helped lead still make an impact to this very day.”

Lobach is Barley Snyder’s longest-serving managing partner, serving in this role since 2014. He is a member of the firm’s Business, Finance & Creditors’ Rights, Real Estate and Education practice groups, as well as the Construction, Health Care, Banking and Hospitality industry groups. Lobach is also very active in the York-area community, serving on boards for organizations like WellSpan Health, the York County History Center, the York County Community Foundation, the Boy Scouts and others. 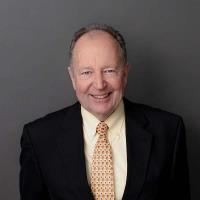